Halloween weekend was a bit hectic for me this year, so pretty much all of my costumes were last minute. I'm just lucky that I have a pro special fx makeup dude to hook me up on a whim. =) Anyways, here are some photos of the weekend fun. (click images to enlarge)
Friday night..
We pretty much drove around all day getting body paint so we could be airbrushed on Saturday.We really had no time to get dressed up, but I always have pasties and sick dresses on hold for any occasion... 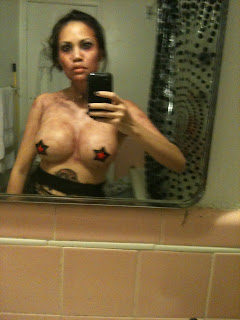 ^In the middle of getting zombified. 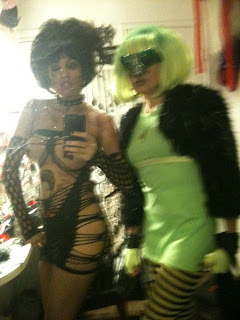 ^Ready to head out. 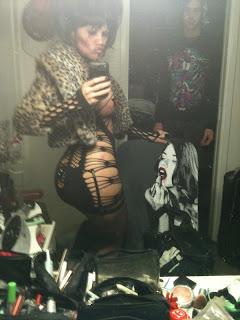 ^I guess you could call it a dress.
The plan...Check out Japanese punk band Peelander Z, then head to Miss Kitty's Halloween party. 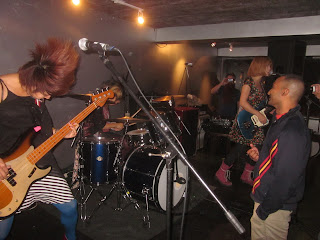 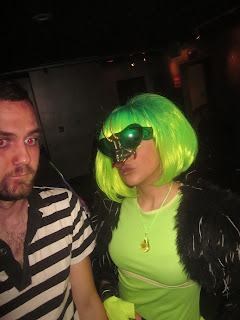 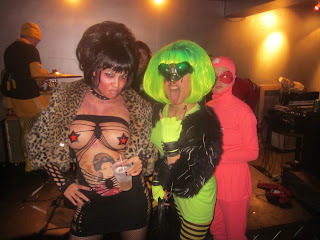 I really didn't know what to expect of the band, aside from the gossip that they are awesome live performers... They seriously did not disappoint. It was probably one of the most fun, unique, and just down right rad show experiences I've ever been too. I'll upload video one of these days... 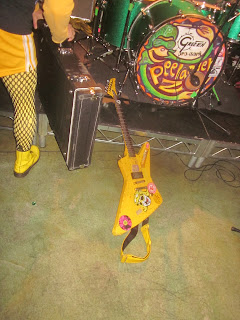 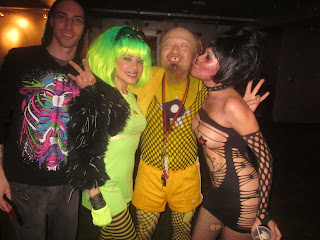 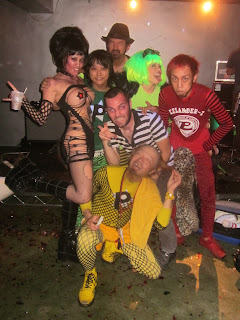 With the band. Super cool vibes...just really nice fun party people.
Saturday night
My second costume was not as last minute, but we figured it out on friday morning that it would be fuckin awesome to go as Bebop and Rocksexy (rocksteady) from teenage mutant ninja turtles. Again, we didn't have much time to perfect the look, since we started getting ready way late, but I think we pulled it off alright. We had a couple of folks screaming "HOLY SHIT! BEBOP AND ROCKSTEADY! FUCK YEAH!" Mission accomplished. My horns and bebop's snout and headpiece were all hand made at the last minute, and I think we came out pretty bitchin'. 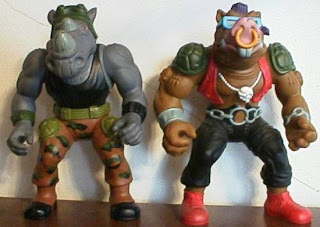 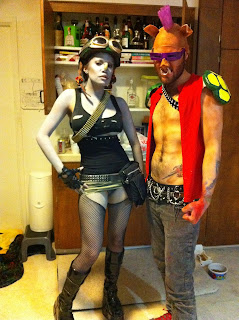 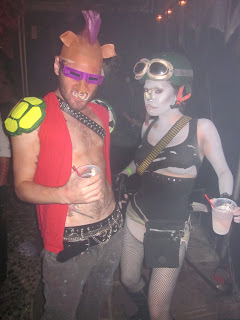 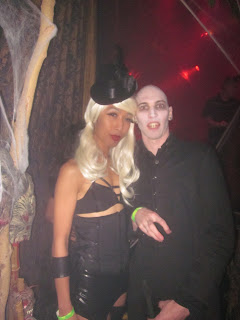 On a side note. Blaine and his friend Asia almost got mugged leaving the club. 4 guys fucking tried to take her purse. Blaine jumped on the dude that grabbed the purse, got punched in the side of the head, but he still held shit down and they were able to get away without giving up the purse. We had no idea what happened because we were waiting in our car while he was making sure she made it safely to her ride. They must've hit up 3 different sets of cops and I was so fucking pissed that none of them were able to help us, but they took the time to thoroughly search Asia's trunk as if they were the bad guys when all they were doing was asking for assistance. We knew exactly where those fucks were standing, but apparently all the cops we asked were too busy? SMH. Dude, they were physically assaulted and almost robbed, but all the cops were tending to traffic violations and searching victim's trunks. I want to say more, but seriously whatever. I just hope those guys didn't get away with mugging other people that night. That shit is just straight up bananas. 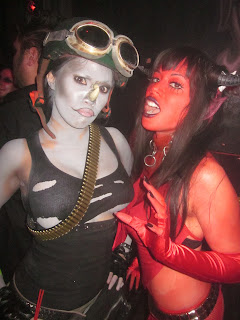 ^Ave was a sexy demon. The back of her costume was pretty cool too. I have more pics on my other camera which I'll upload when I get it. 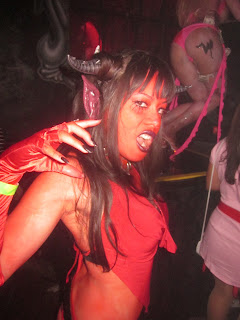 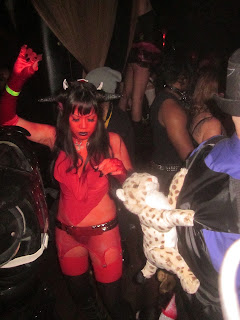 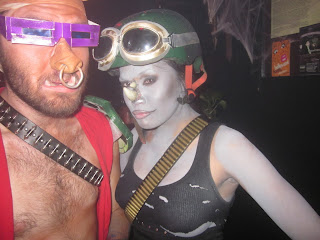 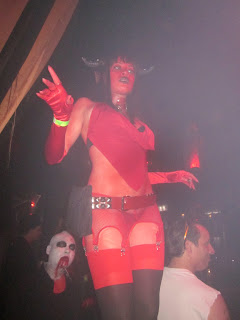 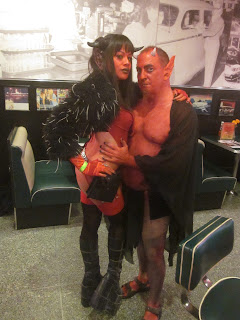 ^Some random demon who spotted her at Mel's and asked to take a pic. haha. I thought it was funny and random.

Hope everyone had a safe and fun Halloween weekend! xo
Posted by Ms. Rodil aka Supervillain1 at 3:15 PM