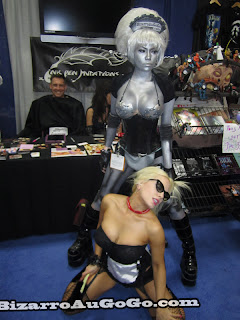 French maid, Playboy model Laya Bella seems to enjoy having her hair pulled a bit too much. 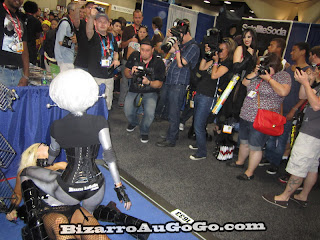 The crowds capture the ruckus that Bizarro Au Go-Go is causing at SDCC. 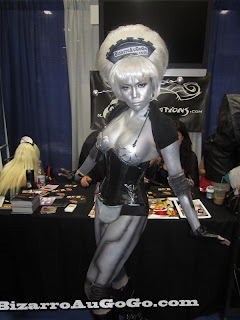 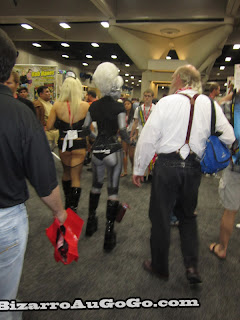 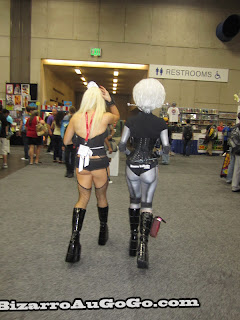 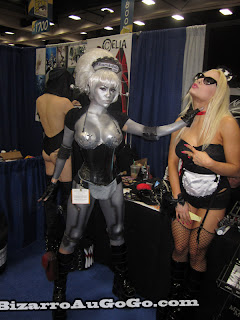 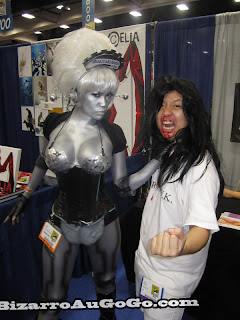 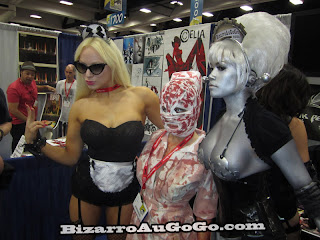 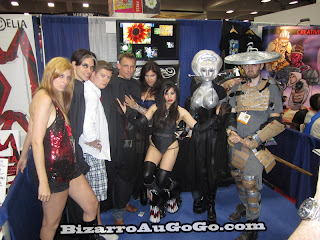 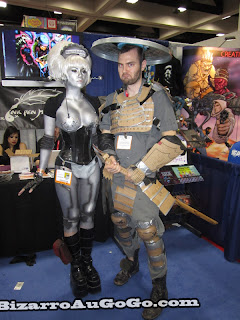 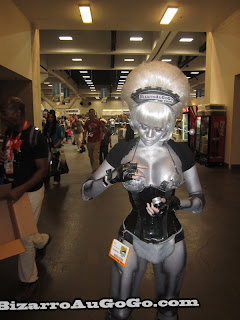 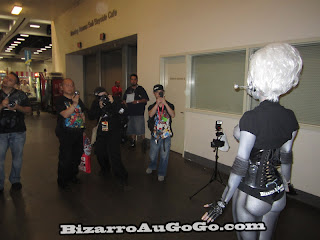 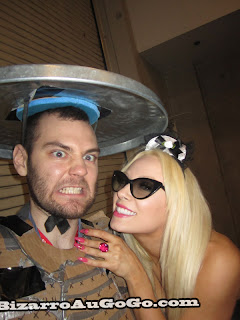 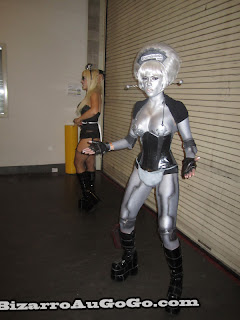 Maidbot 5000 tells the crowds to "suck it." Who would program such lewd behavior? Duggouts' Inc. claims the malfunction is the first they've heard of...but what about the French Maid Massacre? The Duggouts' spokesperson had no comment. 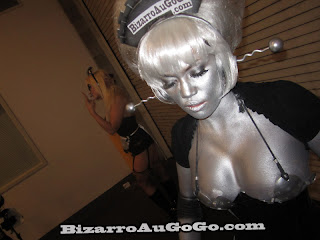 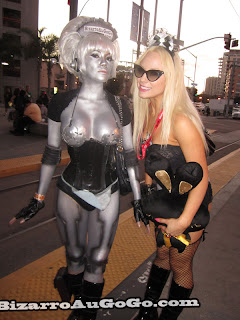 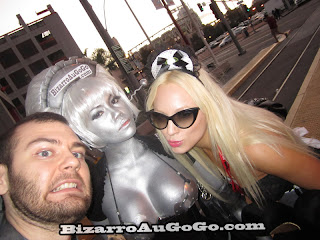 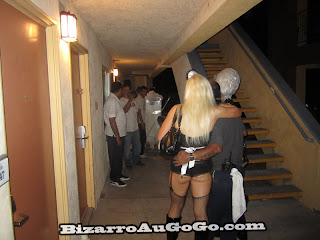 when they reach the hotel, their still bombarded by cameras. 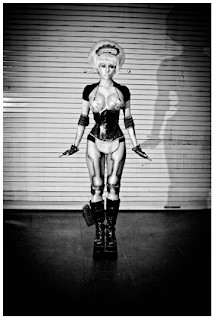 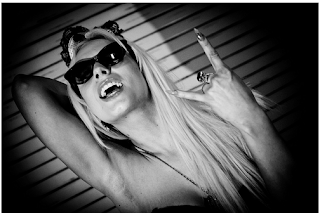 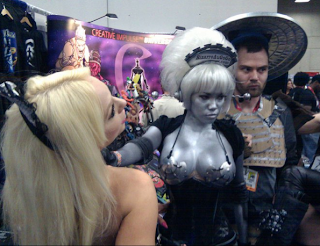 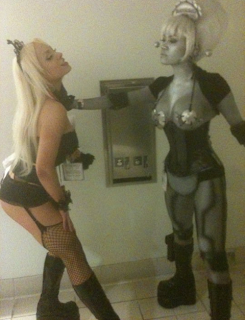 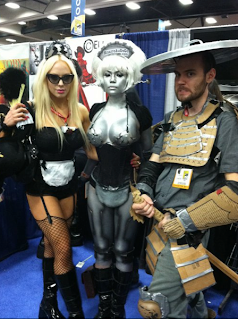 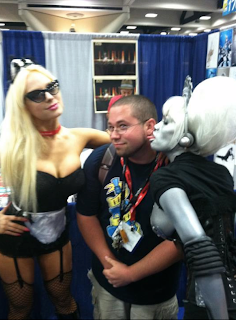 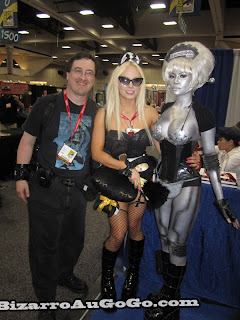 Maidbot 5000 and Laya Bella pose with the awesome Erik.
Meanwhile... Scorpion hams it up while Skid Ronin takes a piss...
Stayed tuned.
Posted by Ms. Rodil aka Supervillain1 at 2:08 AM