Skid Ronin- Behind the Scenes

No home, no master, NO MERCY! Skid Ronin is a homeless samurai, based in the Bizarro Au Go-Go world, who goes crazy when a multicultural cadre of thugs decimate his master (a stuffed dragon). Shooting the Skid Ronin trailer was a blast... a literal blast of blood square in the face for our good friend actor/artist, Johnnie Saiko (Monster Man, The Guyver, Kungfu Rascals), who captures the main character brilliantly in this gritty film adaptation of what was originally a funny fake movie poster in the Bizarro Au Go-Go book.

We couldn't be happier with the cast and crew who helped bring this project together. Here are some behind the scenes images along with some screenshots of the actual video footage of the Skid Ronin trailer. Stayed tuned for the actual video that we will be posting soon.
(click image to enlarge)

^Fun GIF from behind the scenes shots of a punk losing his head. 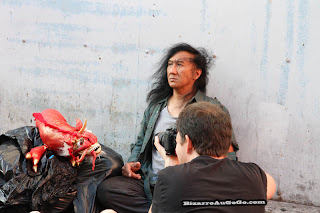 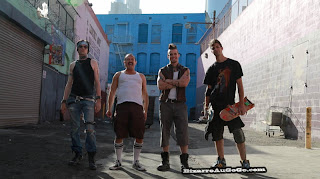 ^80's thug, Cholo thug, Punk thug, Skater thug...you wouldn't want to run into any one of them in a dark alley...imagine a gang of them. 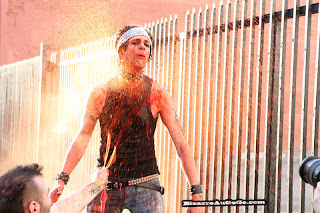 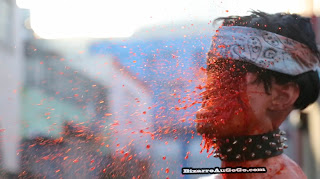 One hell of a face off. 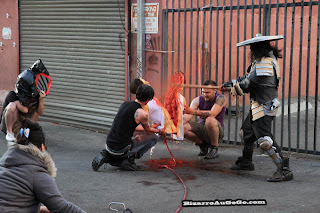 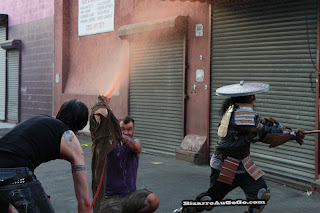 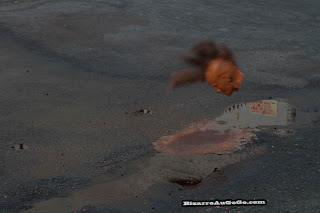 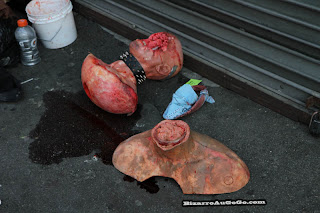 We cruise around with these in our backseat. 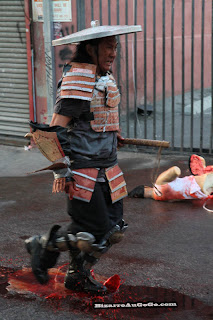 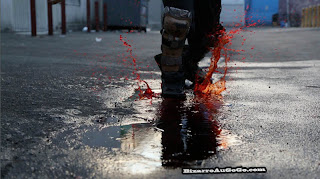 The joy of splashing in bloodpuddles. 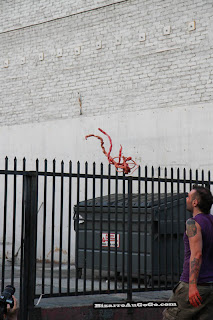 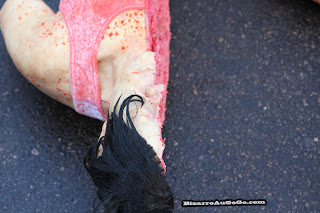 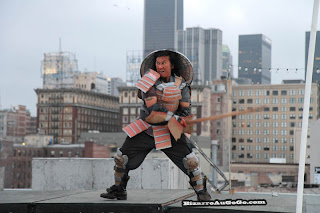 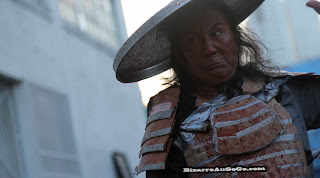 Skid Ronin
Posted by Ms. Rodil aka Supervillain1 at 3:05 PM