Like I mentioned before, my calendar (ON SALE THROUGH PAYPAL TO THE RIGHT-->) did really well at the past comic con. Lots of people lots of sales. Man this years SDCC was fucking huge. It sold out months in advance, so it was packed every single day. This year we moved to from small press to a bigger exhibitor booth, which had its ups and downs. One of the upsides is that we had way more space. The inkpenmutations booth was sick this year. We had a cool setup with a couch and shit. It was a lot more inviting and I felt like I could actually talk and interact with fans a lot easier. before the setup was a pain with the big table as a barrier. The only downside was that there was a lot less traffic in our area. The old small press booth was near the restrooms so people were able to find us better. More interviews, more photos, more publicity.... a lot of the people from last year were unaware that we were there till the last day. There was one great part about our location, but I'll get to that later.

I don't know where to start. So many photos and stories. I guess I'll just start posting some photos in order and commenting as I see fit. Otherwise, I'll never get this finished. (click photos to enlarge)

Wednesday was preview night, so I didn't really get dressed up or anything. I just made an iron on transfer of the fanvixens home page and put it on a wife beater. 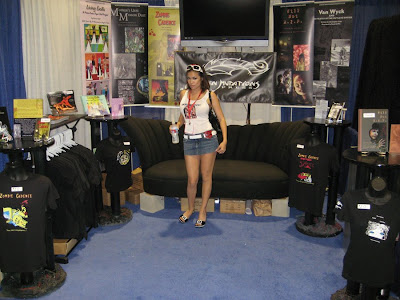 ^At my booth before it opened. We had a commercial reel of our books rolling throughout the con on that flat screen. Teckmolojeez these days. 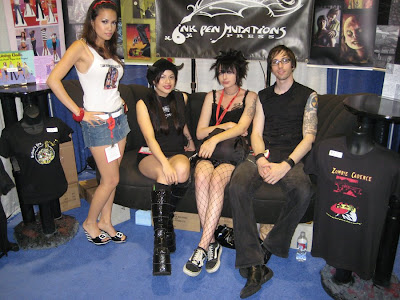 ^Some of the inkpen team + a friend. 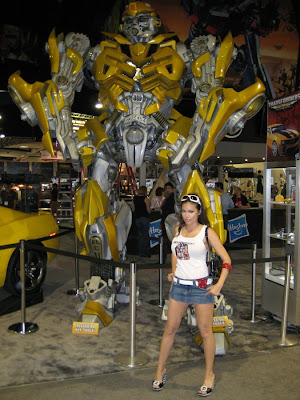 ^Transformers! I have so much transformers gear, it's retarded. Too bad I think the movies suck balls. -sigh- 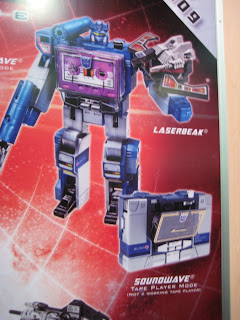 ^got this. Hoping ebay peeps will give me a decent payday. haha. 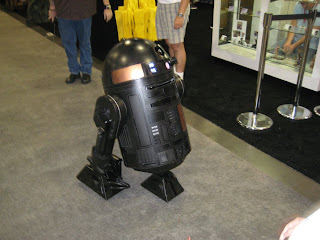 ^This little dude was walking around. 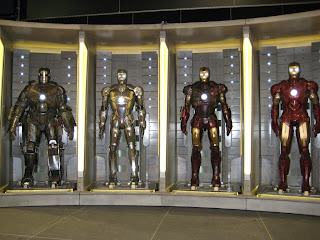 ^Thought this was neat. Stark Industries booth. I was so busy during the con, I didn't get to see what it was all about. 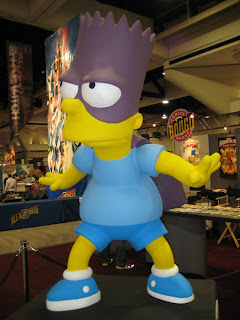 ^Don't tell me you never did The Bartman. I did in 2nd grade. Thought I was the shit. 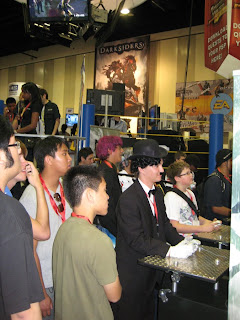 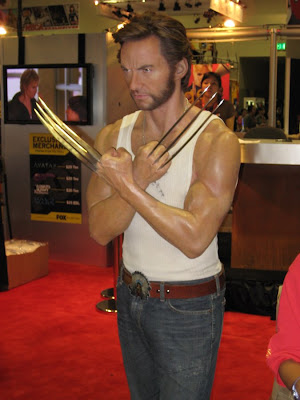 ^Didn't get a photo with this, but I should've. I wish I had a crotch grabbing pic with him. gar! 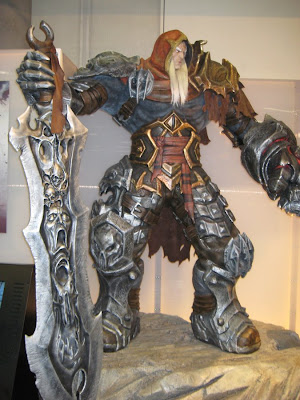 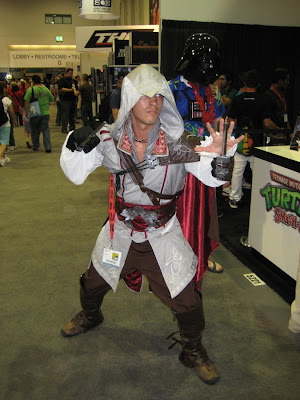 ^costumes on preview night? they really get into it. The funniest part is Darth Vader in the back wearing sandals. haha. 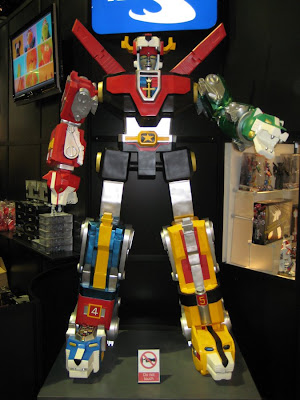 ^my costume for next year. i wish. this with a little more cleavage action 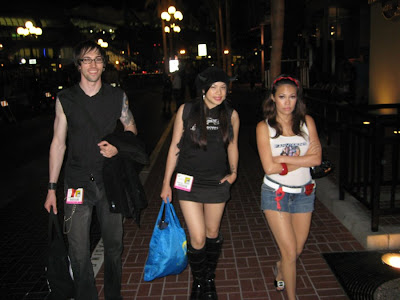 Ahh Sexy Lady in the booth!! Oh wait it's you! Seriously gonna order a calendar next paycheck! WHooo!! You had the BF sold, when I told him "But look honey, Lynn's dressed as a SEXIER Dr. Girlfriend!" LOL! Men... HA!

BUt it looks like soo much fun!! So much great stuff to see and experience!! I would so just watch all the cosplay all day! LOL! Ooh VOLTRON IS THE SHIT!!